Set in west Hull’s Hessle Road fishing community in the early 1950s, The Earl de Grey: a Hull Folk Opera tells the story of Rita Scarr, her husband Jack and how their precarious lives become intertwined with Ezra, who works at Hull’s infamous house of ill repute, the Earl de Grey.

The folk opera jumps back and forth in time, anchoring in Hull’s post-industrial present before returning to its heady and capricious maritime heyday. Chris Wilson fuses narrative poetry with original song.

We performed The Earl de Grey at the Mildmay Club, London, on 22 February 2020 and hope to bring it back to the stage soon. 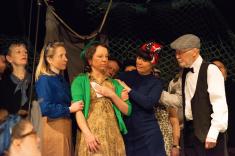 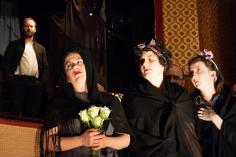 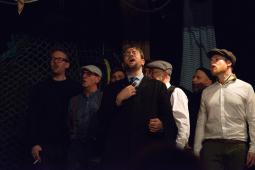 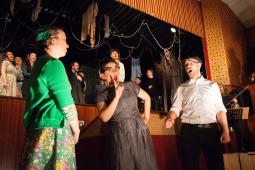 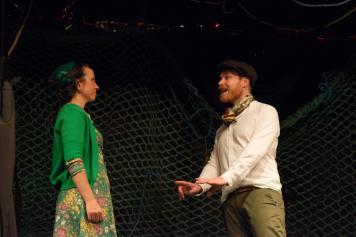 The derelict Earl de Grey pub in Chris’s native Hull, Yorkshire, is infamous for its reputation in providing “all a sailor could wish for” and, to quote the legendary singer and war veteran Jim Radford, for once being run by “Hull’s most notorious homosexual gangster”. Built in Georgian times, it has become a local landmark and many Hull families and sailors will still “grin in knowing, in mention of the Grey”. 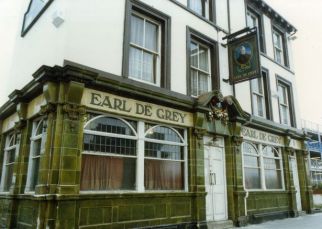 Chris circulated a petition to save the Earl de Grey from demolition and has performed the folk opera’s award-winning title song Earl de Grey with the London Sea Shanty Collective around the UK and Ireland to promote its maritime cultural significance. Their journey with the song continues, and with each leg they gather more stories, friends and support. In March 2019 it was announced that the former tavern will be saved as part of an ambitious regeneration project for the city.